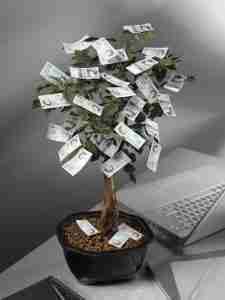 The ‘Magic Money Tree’ does exist!

Fancy earning some extra income from your writing with little additional effort on your part? If so, an organisation called the Authors’ Licensing and Collecting Society (ALCS) is for you. Its somewhat mysterious workings can make it seem like the writers’ equivalent of the ‘Magic Money Tree’, but it’s a very real and legitimate way of adding to your income.

ALCS ensures you get paid for your ‘secondary rights’, which is when a third party uses a work that has already been distributed to the public. For example, if a school or university photocopies a chapter from your book to hand out in class, or your book is made available to loan from a library overseas.* Money is collected from all over the world and paid to writers twice a year. Since it was founded in 1977, ALCS has handed out a whopping £570 million. Not bad considering lifetime membership is just £36. A small commission is taken from each payment to cover the organisation’s running costs.

ALCS was founded after a group of writers got together to campaign to be better rewarded for their work. Since then, ALCS has grown into a professional body with more than 100,000 members and an experienced management team. The author Joanne Harris is one of the Non-Executive Directors. ALCS also pays out to writers of journal and magazine articles, as well as TV and radio scripts. Excitingly, it is now collating data on the websites and blogs that its members write for and own, with a view to setting up a scheme for secondary use payments for these in the future. 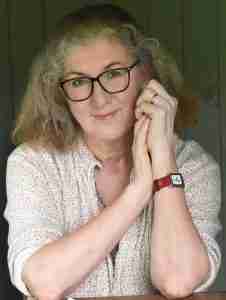 Debbie Young, a successful writer and UK ambassador for the Alliance of Independent Authors (disclosure: affiliate link), a membership organisation specifically for self-publishers, is a big fan of ALCS. Her work includes a seven-book series called the Sophie Sayers Village Mysteries and a range of how-to books for authors. She says, “The process does seem somewhat magical to me. ALLi recommends that authors cultivate as many income streams as possible, and this is an easy one. You sign up, and at least once a year you receive some money. It’s a win-win, as the joining fee for lifetime membership is taken from your first payment, so you don’t even have to pay anything upfront. The organisation is not-for-profit, which means its purpose is simply to serve writers. This is money you would never get to see otherwise.”

ALCS is for all genres

Ersilia Cilenti, from the Published Works Team at ALCS encourages all writers to join. “As long as your books have an ISBN you can be in line for a payment,” she says. “We mainly collect payments for books with an educational theme, but it can be extremely random, so whatever your genre, it’s definitely worth becoming a member. Editors are also entitled to a smaller payment for the manuscripts they’ve worked on, so we encourage them to sign up, too.”

So, for writers at least, it seems the Magic Money Tree does exist. You just need a bit of help from ALCS to shake it.

*If your books can be loaned from UK libraries, you need to sign up for Public Lending Right (PLR), a separate programme run by the British Library.

Watch the short YouTube video below on how ALCS operates.

Find out more about Debbie Young’s books and writing career.

If you are planning to publish a book, Wrate’s Editing Services offers a range of editing options and self-publishing packages. Contact Danielle for a quote and free sample edit.