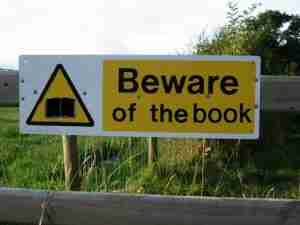 Many years ago, when I was in my teens, I had a vivid dream in which I walked into a library and discovered that all the books had age ratings slapped on them, like films. I’ve never forgotten it, or how much it used to amaze me that certain films were out of bounds yet I could pretty much pick up and read any book I wanted. But throughout history, that’s not always been the case. Sunday, September 21 sees the beginning of Banned Books Week in America, the book community’s celebration of the freedom to read, which has been running since 1982. As part of this across-the-pond event, I’ve put together 10 famous books that are or have been banned.

This children’s favourite was banned in the province of Hunan, China in 1931 for portraying animals with human qualities. The censor, General Ho Chien, believed that it was an insult to show animals talking, and that it was dangerous to teach children to regard humans and animals on the same level. 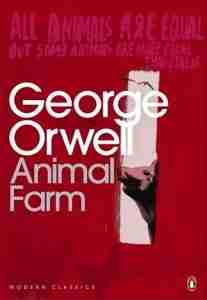 When Orwell finished his now lauded novel in 1943, he couldn’t find a publisher because it criticised the USSR, an important ally of Britain in the Second World War. Once it was published, unsurprisingly, it was banned in the USSR and other communist countries. More recently, in 2002, it was forbidden in the schools of United Arab Emirates because it was argued that the occurrence of a talking pig went against Islamic values. The book is currently banned in Cuba and North Korea.

Over the years, the Bible has been censored in dozens of countries, both historically and in recent times. If you ever visit North Korea, it’s extremely unlikely that you’ll find it sitting in your hotel drawer. Back in 1234, King James I of Aragon went as far as to order the burning of it throughout his kingdom.

The cause of much sniggering among school children, Chaucer’s somewhat coarse collection of short stories was not mail-friendly in the US in the late 19th Century. It was banned under the country’s Federal Anti-Obscenity Act of 1873, which banned the sending or receiving of works containing ‘obscene’, ‘filthy’ or ‘inappropriate’ material.

Rushdie’s fourth novel was a Booker Prize finalist and won the Whitbread Award, but it also put the author’s life in serious danger. Inspired in part by the life of Muhammad, conservative Muslims accused Rushdie of blasphemy and mocking Islam. The book was banned in many countries, included Egypt, Malaysia and Pakistan, and a fatwa was issued calling for Rushdie’s death. This resulted in several failed assassination attempts against him.

This important novel has been credited with helping to ‘lay the groundwork for the Civil War’ in America, so it’s hardly surprising that some feared its power.  The book was banned by the Confederate States because of its anti-slavery content. It was also banned in Russia under the reign of Nicholas I, partly because of the ideals it presented regarding equality. 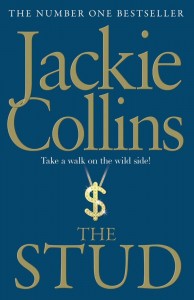 It’s not hard to imagine why Collins’s bestseller about the exploits of the sexually insatiable Fontaine Khaled was banned in Australia in 1969. By this point, Collins was no stranger to enraging the censors Down Under, her novel, The World Is Full of Married Men, was banned the previous year.

Clocking on to the fact that this book was a satire based on his leadership, Stalin banned it in 1950. It was not legalised in the USSR until 1990, and was only re-released after editing.

Lawrence’s classic about the emotional and physical relationship between an upper-class woman and a working-class man was temporarily banned in the US and UK for violations of obscenity laws. The bans were lifted in 1959 and 1960.

Quite understandably, the reprinting of Hitler’s autobiographical manifesto, which translates as My Struggle, is restricted in Germany and Austria. In Austria, anyone seen to be printing or distributing it with the aim to glorify or advertise the Nazi Party faces a lengthy jail sentence. However, plans are currently afoot to publish a new annotated edition of the book in Germany for educational purposes.