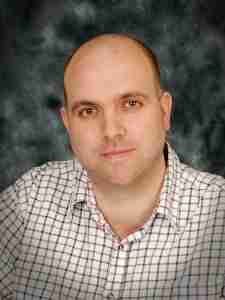 Working from home has its disadvantages, but a big plus factor for me is that my daily commute from my kitchen or living room to the office takes all of three seconds. I’ve left the days of signal failures, seating failures (due to my unwillingness to nudge and push) and regularly being in close proximity to strangers’ sweaty armpits behind me – and until now I’ve never looked back. It was only while chatting to self-published author Andy Leeks – who wrote a series of bestselling books on and about his daily commute – that I realised I could be missing out on some serious creative inspiration. Here, Andy explains how rising to a Facebook friend’s challenge helped him to get his life back on track…

Tell me about your books. They came about as a result of my daily commute from the Kent village of Headcorn to London. I worked out that I was spending about 500 hours a year commuting and it struck me what a huge amount of time this is. Looking around, I noticed that although some people get on with their work on the train, others simply go to sleep. It seemed a waste of time to me, especially as these people had obviously got up, showered and got ready for their day before going back to sleep again. I put something on Facebook asking why people didn’t have better things to do. Friends disagreed and said that being able to snooze on the move was the beauty of train or bus travel. I argued that instead people could put the time to good use by learning a new language, how to crochet, or even write a book. Of the latter, someone said, ‘Well you do it!’ and I decided to rise to the challenge. 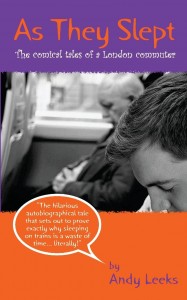 As They Slept by Andy Leeks

How did you go about this? Had you always wanted to be a writer? Well, I’m an accountant by trade so although this isn’t considered a very creative job, I’ve always been interested in writing. As a child, I entered short story competitions, and I also wrote poetry. But it had never been my dream to write a novel. It’s real life that interests me – seeing what’s happening below the surface and telling the story. So I decided to base my book on what I was witnessing every day on my daily commute. I decided to write a chapter during every journey and settled into a routine of writing in the morning when I was feeling fresh, and going over my material on the way home. After six weeks, I quickly realised that by working this way I was going to end up with a lot of material. For this reason, I decided to release my year’s worth of writing in four parts. The first part, As They Slept, came out just before Christmas 2012.

How did you market your first installment? I decided that my target market was my fellow commuters, so I had some leaflets printed and gave them to anyone that I saw reading a Kindle. I also visited branches of Starbucks in Central London and asked staff if I could post my leaflet on their notice boards, which they let me do.

Which self-publishing company did you use? For the paperback versions I used Amazon’s CreateSpace.

Wow! Did that bring financial rewards? Yes, and that was a real life changer. At the time my wife Emma was a full-time teacher and wasn’t sure if that was what she wanted to continue doing. We had also been trying for a second baby, without success, so it was a very stressful time. By February last year I was selling around 450 copies a day. I did my accounts and realised that if Emma wanted to give up her job, I could now afford to support her. She handed in her notice and fell pregnant within two weeks of leaving her job. 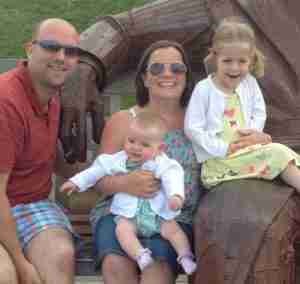 Andy with his family

So, has the highlight of your self-publishing career been a new addition to the family? Most definitely! She’s called Sophie and she’s now seven-months-old.

What advice would you give to other writers planning to self-publish? Don’t be afraid to tell people about your work. It’s amazing how many people will buy a book on the basis that someone they know knows the person who has written it. Also, employ a good editor. They need to be totally impartial so that they can provide honest and constructive feedback.

What are you working on now? I’ve started writing my next book, which is called The eBay Relay. I got the idea because I’ve always been interested in the people who shop on eBay. I want to know who they are and why they have bought something. I’ve set up a seller’s account and stipulated that my buyers have to let me deliver their item by hand and agree to let me write about them. In return, I refund the cost of their purchase and I also ask them to give me something that they no longer want to sell on. So far, I’ve travelled all over the country delivering items and getting to know the buyers. It’s exciting because I have no idea where the story will end.

Finally, tell me about some of the typical commuters that feature in your books? The noisy commuter crops up again and again. The ones that feel the world needs to know about their working life. They have the loudest ring tones and make sure that everyone is aware that they have their own secretary. I still commute to my accounting job and I still see them on a regular basis!