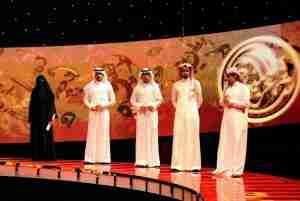 The Poetess, Hissa Hilal, runner up of Million’s Poet

There is a lovely moment in The Poetess, a documentary that recently had its London premiere at the British Film Institute, in which the star, Hissa Hilal, reflects on how the money she made from her writing paid for the roof over her head. She recounts how she often woke in the night and felt a rush of happiness about her good fortune.

It’s a dream for many writers to not only publish their work, but to also make a living from it, and Hissa is no exception. What’s so remarkable about this writer is that she comes from Saudi Arabia, where women are required by law to cover up in public and need permission from their male guardian (often a father, brother, husband or uncle) to do things that most women take for granted, such as travel abroad and open a bank account. In June this year, history will be made when the ban preventing women from driving is finally lifted. 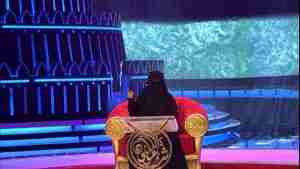 Hissa, a mother-of-four, may come from a society where women aren’t encouraged to speak out, but that didn’t stop her from entering – with her husband’s permission, of course – the Arab world’s biggest televised poetry competition, Million’s Poet. Filmed in Abu Dhabi, the show has a similar format to many Western reality shoes, including The X Factor, in which a panel of judges gives their verdict on the participants’ performances before throwing the vote over to the viewers at home. When Hissa entered the competition in 2010, the live Million’s Poet regularly attracted 75 million viewers. Hissa, who was already a published poet writing under the name of Remia, decided to wear a niqab for the competition so that her family wouldn’t be harassed over her involvement. In one of her earlier appearances, she even wears a veil over her eyes, making her exit from the stage somewhat difficult, as she can’t actually see. But despite this early setback, Hissa won the judges and audience over with her powerful words, going on to become the show’s first female finalist. Hissa used her time in the limelight to criticise patriarchal society and religious extremism. It’s hardly surprising, but still disappointing, to discover that she received death threats in the aftermath of the competition.

A glimpse into everyday life 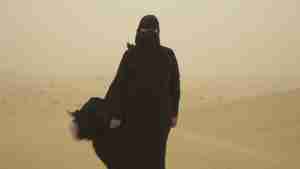 The documentary, which was shown in London as part of the Human Rights Watch Film Festival, gives a rare glimpse into everyday life in Saudi Arabia and also the political backdrop that allowed the strict rules curbing women’s freedom to flourish. It’s also encouraging to see how, in the wake of Me Too and Time’s Up, women are fighting against oppression globally. Hissa is someone who got her words out despite the obstacles put in her way. She’s a talented, brave writer and an inspiration to anyone who wants their voice to be heard through their words.

Watch the trailer for the documentary

May screenings of The Poetess in London