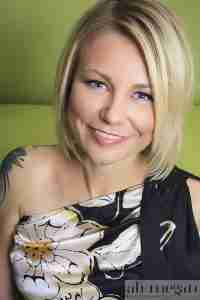 Bestselling author Al Jackson jokes that she has always worked with words, only now the ones she writes are far more interesting. The mum-of-three from Arizona used to type and edit medical notes for a living, but decided to turn her hand to fiction five years ago following encouragement from friends. Since then, three of her seven self-published novels – Lost to You, Take This Regret and Pulled – have made the New York Times bestseller list and have been in the Amazon top 20. After signing book deals with major publishing houses in the US and UK, her novels will also be available in Australia, France and Germany, and have previously been translated into Turkish. Her novel, Come to me Quietly – the first in her Closer to You series – was published by Piatkus, part of Little, Brown, in February this year. The second, Come to me Softly, will be out from July 1st. I caught up with Al Jackson to talk about her success with swapping doctors’ notes for love stories.

Tell me about your books. They are romance books. Pulled and Take This Regret are described as Contemporary Romance because the characters are in their late 20s, whereas the Closer to You series, which revolves around a love affair between a young woman and her brother’s best friend, has been labelled New Adult because the characters are between 18 and 25. There’s not a huge difference between them, but for the New Adult genre the writer gets to explore the feelings of growing up more. They appeal to readers of all ages because you never forget that important time in your life.

Come to me Quietly, by Al Jackson

What made you decide to self-publish? I originally published through a small publishing house in Australia. A friend had worked with them so I was able to email the owner with a proposal. But I bought my rights back two years ago after making the decision to self-publish. I wanted all the effort that was put into my books to be mine, rather than having to rely on other people.

Is it difficult to get on to the New York Times bestseller list as a self-publisher? It’s not as hard as you might think. I have a lot of self-published friends who have made that list, and one friend has hit it again and again. Things were slow for me for the first three months and then I saw some major results after writing and releasing a sequel to Take This Regret, which was already out. There was a real buzz around that book and people who hadn’t read the first then went on to buy that, too. I specifically write my books so that they can be read in any order. 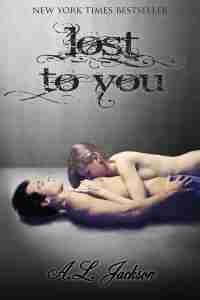 Lost to You by Al Jackson

How did you market your books? I started by using Twitter to interact with my readers, then I moved on to Facebook. A lot of indie authors have brought out books in the last year so these mediums have become saturated. Another thing I did was to send copies of my ebooks to indie book bloggers and set up blog tours.

What was your motivation for signing with a publishing house? My whole reason for signing was to reach a new market with print readers. I wanted to see my books available to buy in stores and I didn’t have the connections to make that happen on my own. Although I’ve enjoyed being in charge of the editing and cover design of my books, to be able to work with other people on these has taken the pressure off.

Advance for Closer to You series

What are you working on now? I’ve received an advance to write the third book in the Closer to You series and I’m also working on an anthology with three other authors, which is due out in the Autumn. In addition to writing, I’m going on an indie author signing tour. Together with other writers, I’ll be travelling across America meeting my readers and signing their books.

How do you get the ideas for your stories? My characters often just pop up in my head. Then I think about their circumstances and when I’ve got some solid plot ideas, I sit down, write an outline and try to make a full story out of it.

What attracted you to the romance genre? I’ve always loved romance, and have been hooked ever since reading Gone With the Wind at an early age.

What other books have you loved reading? I adored the Twilight Series by Stephanie Meyer. One of my favourite recent books is called Archer’s Voice by indie author Mia Sheridan. I also love reading books by Molly McAdams and Nora Roberts.

What advice would you give to writers aspiring to self-publish? Get professional help with editing and cover design. It’s not enough to have your English teaching auntie, or similar, do it for you.

What’s been the highlight of your incredible writing career so far? All of it has been amazing and shocking and has happened so fast. I loved appearing on the New York Times bestseller list, but the absolute highlight for me was seeing Come to me Quietly stocked in one of my favourite book stores, Target. On the day it came out, in January this year, I went to my local store with my husband to see it. He filmed me picking it up off the shelf and I cried and got emotional. I’ve been shopping in that store for 20 years.