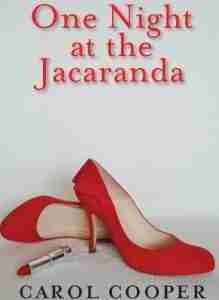 The cover of One Night at the Jacaranda

Dr Carol Cooper was on a plane on her way to her father’s funeral in the States when the idea for her debut novel One Night at the Jacaranda – which she has recently self-published as an ebook and paperback – first popped into her head. She scribbled down the details on a napkin and got to work on it as soon as she got home. The book took her five years to write, but not because she was struggling with the plot; in between starting and finishing it she wrote two traditionally published non-fiction books about medicine, one of which she received a BMA award for. She combined this with her part-time job locuming as a family doctor, teaching at Imperial Medical School and working as The Sun newspaper’s on-call health expert, which requires her to produce copy and quotes on medical matters at extremely short notice. Finding the time to indulge her passion for writing romance novels is something that Carol is obviously good at, and, judging by the stream of five-star reviews that One Night at the Jacaranda has received on Amazon, it was time well spent. Here, Carol explains how her day job features in her work and shares her self-publishing and writing tips.

Describe your book. It’s about dating in London and revolves around a group of 30-something singles who are all trying to find someone special. And they’ve got different agendas. One is dying of cancer, one is a lawyer whose biological clock is ticking, another is a stressed out GP and single dad. They are all lying to make themselves appear more attractive and the message is that you won’t find love until you own up to being yourself. It also has a heart-rending medical strand. 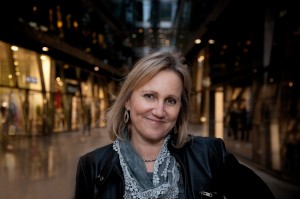 Dr Carol Cooper, who has turned her hand to writing romance novels

Did you draw on your own experiences for the medical sub-plot? I did. I do believe to some extent that authors should write what they know. If you use first-hand experience it comes across as much more authentic and real. It’s about being true to your readers by telling it as it is. However, there is an ex-con in the book and I’ve never been to prison!

Why do you think that the idea for the novel came to you during such an emotional time in your life? They say that the death of a parent is a defining moment. At the time I had no idea why inspiration had struck then. It was not even a story my father would have approved of. He would have choked on his dentures because it’s far too racy! However, looking back, my father had always wanted to write a novel and had never done it. I’ve had a couple of false starts with my fiction writing over the years. Perhaps it was the knowledge that my father didn’t achieve his dream that made me persevere this time.

Why did you decide to self-publish One Night at the Jacaranda? I’ve written 10 non-fiction books which were all traditionally published, but I didn’t feel that this route would work so well for my novel. My other books have all been commissioned and I knew that for this one I would probably have to wait ages for potential publishers to get back to me. Plus, marketing doesn’t exist for novels unless you’re someone like John Grisham. I know a lot of big name authors who have spent their advance on marketing, so I was aware that I would have to handle the publicity side myself. This was also a way of pleasing myself. Non-fiction writing is very prescriptive; I would be told to write 150 words for one section, 300 for another, so I l liked the idea of having control over the content and appearance of the novel. Saying that, I wouldn’t claim that self-publishing is a one-woman or one-man show. You need people to help you, and I paid for a structural edit and a copy edit. In retrospect, I wish I’d had the book proofread too. I spotted a few typos when the book first came out, but I’ve gone back and corrected them now.

Which self-publishing company did you use? I used an Amazon service called the White Glove program, which is for authors who have an agent. I didn’t have to worry about formatting my work, and my agent deals with Amazon on my behalf. 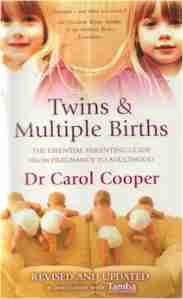 Do you think you would have brought out a novel if it wasn’t for the recent boom in indie publishing? I think I would have done eventually. One of my non-fiction books is about bringing up twins. I had the idea because I’m a mother of twins myself, but it took me two years to find a publisher. The book is still doing well so it shows that you can succeed if you keep trying.

How did you market your book? I approached book bloggers who were pretty enthusiastic about reviewing the book. I also appeared on several radio stations and ran a giveaway on the book recommendation website goodreads.com. In addition, I’m about to offer the ebook at a discounted price of 99p on Amazon (offer starts at 5am on Saturday 26th April and continues all weekend).

What’s been the reaction of your peers in the medical profession? Some were a little bit surprised because the book is racy in places. There’s also been a mixture of envy and admiration. A number of doctors have got in touch to ask how they can write a novel.

What advice did you give them? Stop looking over your shoulder and begin! Also, write the best book you can because the floodgates have opened with regards to self-publishing and there are a lot of other books out there. The skill of writing simply is a long apprenticeship. You have to learn and then practise. I did a writing course which helped.

What’s been the highlight of self-publishing a novel? Getting to meet other gung-ho authors who are doing the same thing as me. I met them through the Alliance of Independent Authors and they are very supportive and fun. The positive feedback has also been amazing. Having people I don’t know say that they absolutely loved my novel is the kind of praise that you can’t buy!

Finally, what’s next in your writing career? Some of the favourite characters from One Night at the Jacaranda are going to live on in my next novel, which I’m writing now and hope to publish this year. 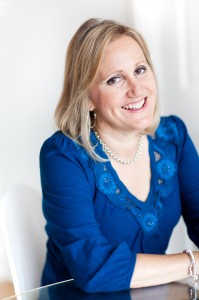 To purchase One Night at the Jacaranda

Her blog: Pills and Pillow Talk