Ambitious indie authors know that successfully self-publishing an ebook or paperback involves getting to grips with the business side of their venture. They become experts in marketing, social media and the ins and outs of editing and cover design. But there’s another side to the publishing business that all self-published authors should be aware of, and that is Intellectual Property Rights. This is where writers, who automatically own the copyright of their work, can earn extra revenue by licensing it to be published in a new territory or format. For example, Stephen King’s novels have been published in 33 languages in 35 different countries. Many of his stories have also been made into films or TV dramas (The Shawshank Redemption and The Green Mile, to name just two), which would have involved Mr. King selling the rights to his work

So where does that leave the indie author who doesn’t have an agent or a major publishing house to strike deals on their behalf? Well, there is now a service which can help them bring their work to the attention of the global market. The London-based company IPR License is an online platform which allows authors to showcase their work to publishers and other interested parties around the world. The service was started in 2012 by entrepreneur Tom Chalmers, the founder of a successful publishing firm called Legend Press. Tom saw how smaller publishing firms were finding it harder to reach foreign territories in relation to matters such as translation rights – something which was then the preserve of major publishing houses. He set up an online database so that a broad range of authors (including writers of poetry, fiction, screenplays and medical and science textbooks) could list their work for publishers around the world to purchase the rights on. The variety of rights that a writer can trade in include: print, digital (ebook), first serialisation (usually sold to newspapers/magazines to generate press), second serialisation (usually sold to newspapers/magazines to generate press) TV, film and dramatisation. IPR License is now welcoming indie authors into its fold, and has around 200 signed up to its service so far.

The initial IPR License annual membership, which allows a writer to register up to five manuscripts on the site and upload excerpts, costs £99. One author who hasn’t regretted spending the money is Dr. Monica Diedrich, who pens books on animal communication. Since listing her books on the site she has found a new market in Croatia. 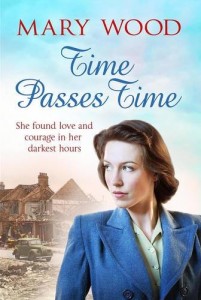 IPR License is partnered with the Andrew Lownie Literary Agency. Each month the agency picks one winning manuscript from a shortlist of five listed on the IPR License site. Self-published fiction writer Mary Wood was shortlisted by Andrew and went on to sign a seven book deal with Pan Macmillan.

IPR License also allows authors to pay for advertorial features in its magazine, which it distributes at book fairs across the world. The company currently works with publishers in the US, Poland, South Africa, Croatia and Germany, and is looking to expand into South Korea and Brazil. As it is a new company, it’s impossible to say just how much IPR License’s unique service will change things for indie authors, but with so many writers choosing to take charge of every aspect of their published work, the world really has become their oyster…

An example page of an indie author’s book listing