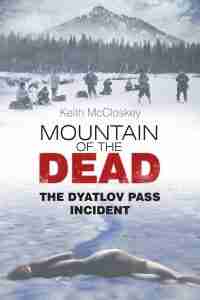 Sometimes, if we’re lucky enough, the idea for a good story can fall into our laps. Writer Keith McCloskey was doing some research on the Internet when he stumbled across a fascinating real-life mystery that was crying out to be told. Having secured a small advance from a publisher, he set off to research the case, which concerns the unexplained deaths of nine Russian skiers. His journey took him to the depths of Siberia where he uncovered events that could have been pulled straight from the script of a Hollywood thriller. Keith’s resulting book, Mountain of the Dead: The Dyatlov Pass Incident, was published last year in the UK, US and Australia. I caught up with Keith for a chat about how he turned his love of history and fact-finding into a successful writing career.

Tell me more about the book. In January 1959, ten young students and graduates from a Russian university set out on ski trek across the Northern Ural Mountains. One fell ill and turned back, the remaining nine got lost and ended up on slope named ‘Mountain of the Dead’. When they hadn’t returned by February 20, a rescue operation was launched, but there were no survivors. The group’s tent appeared to have been slashed with a knife as if they had made a desperate attempt to flee it. Two of the explorers were dressed only in their underwear when their bodies were found, while others had suffered massive internal injuries. One woman’s tongue had been ripped out. Officials concluded that a ‘compelling unknown force’ had caused the tragedy. I looked into the different theories regarding what became of the group. High levels of radiation were found on their bodies leading to speculation that the government had something to do with the deaths. Some people believe that UFOs were involved.

How did you come to write about such a fascinating case? I’ve always been interested in history and 10 years ago, when I was 50, I wrote a book about the history of Edinburgh Airport. It was eventually published through The History Press, and I went on to write two other books about aviation history. I was keen to work on something new when I came across the Dyatlov incident by chance on Wikipedia. A book hadn’t been brought out about it in the west so knew that I had my next subject.

How did you market your books? Fortunately, my publishers dealt with that side of things. After Mountain of the Dead came out they organised for me to do an interview on a national radio station in the US, and subsequently my website received 10,000 hits. A piece about the case and my book appeared on the online version of a national newspaper. Those two bits of exposure helped my book to reach 122 on Amazon’s bestseller list. 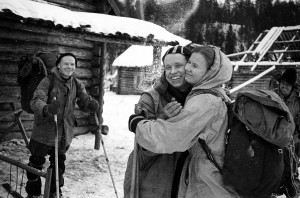 What advice would you give to aspiring non-fiction authors? It’s important to strike a balance between fiction-style narrative and giving a very dry, fact-based account. In Cold Blood by Truman Capote is a good example of a non-fiction book that gets it just right. Also, this may sound obvious, but get your facts right. I learned the hard way with my first book that if you make one mistake then someone will point it out. It will also make them question the accuracy of the rest of your book.

What’s been the highlight of your writing career so far? Travelling to Siberia to research the Dyaltov Pass Incident. It’s not a place that people usually go to so it was quite an adventure. I had to hire a translator because no one spoke English. People looked at me as if I had just landed from Mars when I lost my way back to my hotel one night and tried to get directions.

A new mystery to solve

What’s next, any more mysteries to solve? Yes, I have a book coming out later this year about the Flannan Isles mystery. This concerns three lighthouse keepers who vanished without a trace in December 1900. I’ve also written a novel about obsessive love which I’m considering self-publishing. 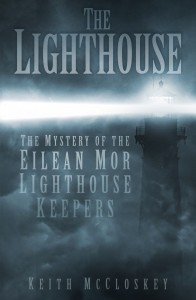 Finally, what do you think happened to the nine skiers? It’s possible that it was a Soviet military accident which was covered up. I discovered that there is a marked reluctance to talk about the case the higher up you go. When questions were put to the FSB (Federal Security Service of the Russian Federation), an answer came back that the case had been concluded in 1959 and not to get in touch again. As part of my research, I looked into another tragedy that took place in the same city that the skiers set off from. In 1979, just over 100 people died after spores of anthrax were accidentally released into the atmosphere from a nearby military facility. However, the medical records of the people who died were confiscated and new death certificates were issued. It’s possible that the skiers died in some sort of blast that was made to look like an accident, but the truth is that no one knows. 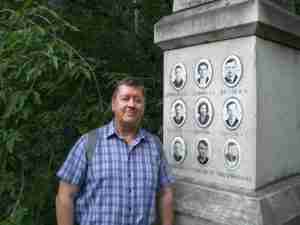 For copies of Mountain of the Dead