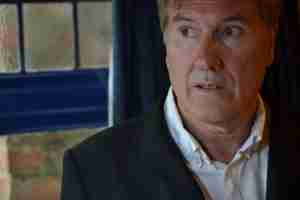 Nick Brown, a former teacher and sixth form college principal, was awarded an OBE for his work before leaving his career at the age of 55 to become a writer. In the decade since then, he has established a loyal readership for his supernatural thriller series based around a fictional parish called Skendleby, which is home to a mysterious mound, and for his historical fiction set in ancient Greece. All Nick’s books incorporate his passion for archaeology, which was his other career when he wasn’t teaching. With Greenman Resurrection, his fourth book in the Skendleby series, due for release on April 7th, I chatted with Nick (one of my editing clients) about where his inspiration comes from and how his work has caught the attention of the film industry…

It must have been a big step to give up your established career to become a writer. What drove you to make that decision and how did you find it? When I resigned from my job as the principal of Oldham Sixth Form College, I’d been there for 20 years and although I’d been very successful, I thought it was time for someone else to take the reins. I took on some consultancy work while I wrote my first book and although I enjoyed the writing part, I struggled with getting my novel out there and published. When you’ve been successful at something you tend to assume you’ll do as well with what you take on next, but this wasn’t the case. I discovered no one really knew me or was interested in the book I’d written. I had to start at the bottom and work my way up.

‘A lot of readers find me through word of mouth’

How did you tackle the publishing process in the end? I self-published via a mainstream company and on the back of those books being a success, I was offered a publishing deal with New Generation Publishing. Now all I pay out for is the editing costs.

Many authors find the marketing side quite difficult. How did you build up your readership? I initially got the books reviewed, I gave talks and I mastered social media. I think many of my readers find me through word of mouth. My first novel, Skendleby, has been out for four years now, but sales increase each year.

‘My house has ghostly inhabitant’ 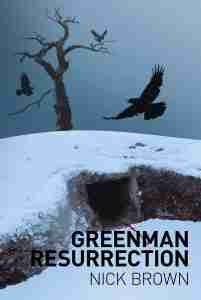 What made you decide to write about the supernatural? Well, I’ve had direct experience of it for a start. The house I’ve lived in for over 30 years has a ghostly female inhabitant. My three sons all saw it when they were small – they used to complain about a horrible woman who came into their nursery – and I’ve also got a tape with a mysterious female voice on it. I was in a band and several years ago a friend gave me a tape of two blues songs for us to perform. When I played the tape, the woman’s voice was on it instead. She spoke in a language I didn’t understand and sounded terrifying. As well as being inspired by real events, I’ve always enjoyed reading slow burning ghost stories and wanted to write something that was frightening yet set in a modern, mundane setting. The details in the book are well researched and there’s a depth to the characters – it’s scary yet it isn’t just about people being mutilated.

The characters in your Skendleby series are really memorable – I particularly like the footballer’s wife type, Suzzie-Jade – how did you come up with them? There’s definitely an element of satire, but my main aim for the heart of the book was to create flawed, weak people. I didn’t want to populate it with superheroes. Terrifying things happen to these very ordinary folk and they initially don’t know how to deal with them.

What’s the best thing about being a writer? There’s an edginess to it. I can compare it to my teaching days when I often had to confront teenage gangs. Back then I didn’t know where things would end up – I could find a solution or end up on the floor, and it’s the same with writing. I can sit down to write a chapter and finish up being taken somewhere totally unexpected. I don’t always know where my ideas come from.

Finally, you’ve been turning Skendleby into a film script, how did that come about? Someone recommended it to a company that develops film scripts and they put me in touch with an American producer who wants to film it. I’m currently working on the script with my son Guy, who’s at film school. It’s early days but lots of people had already told me the book would make a good movie.

The fourth book in Nick’s Skendleby series, Greenman Resurrection and is available to pre-order on Amazon.