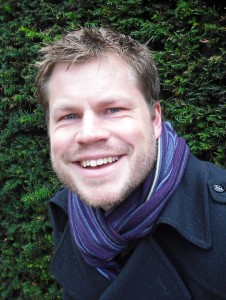 As writers, we’d all love to travel to far-flung places in search of inspiration, but often we’re stuck with mining for ideas right where we are. And this was no bad thing for indie author Tom Brown, whose two novels were born from experiences at work and home. His debut, So Long, Shakespeare, came about because of his time working at Shakespeare’s Globe, and he set to work on his second work of fiction, Strange Air, following a walk with his girlfriend near his home in Crystal Palace, south-east London and a conversation about an intriguing legend. I spoke to Tom about both books and why he chose the self-publishing route.

Describe your novels to me. So Long, Shakespeare is a mash-up of genres, but in the main it’s an adventure comedy which satirizes the issue of who really wrote Shakespeare’s plays. I imagine what it would be like if Shakespeare was brought back from the dead, and how the world would change if we discovered that the writer of our most treasured plays isn’t who we think he is. I worked at Shakespeare’s Globe when Mark Rylance was the artistic director and he famously doesn’t think that Shakespeare of Stratford penned Romeo and Juliet, et al. He isn’t the only one, either. I was fascinated by this debate and the wonderful characters behind it. Strange Air is a dark historical thriller which was inspired by the myth that there is a train carriage full of skeletons beneath Crystal Palace Park. It links in with Victorian-era plans to build an air-powered railway. 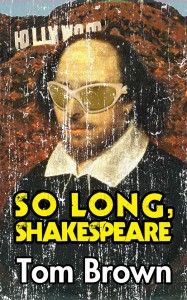 The cover of So Long Shakespeare

Why did you decide to self-publish your books? I initially wanted So Long, Shakespeare to be published the traditional way and found an agent who pitched it to publishers on my behalf. But after four years she hadn’t placed the book and our working relationship came to an end. In the meantime, I had written Strange Air and was feeling impatient. I had to decide whether it was worth my while representing myself or going down the self-publishing route. I chose the latter because by that time, in 2012, the stigma of self-publishing had gone. That isn’t to say that I wouldn’t go down the traditional publishing path now if it opened up to me.

Did you ask someone to edit or proofread your work? My mum proofread the first book for me and although I’ve yet to find a problem with it, I chose to pay for the second book to be professionally edited. It’s important to have someone look at your work with a neutral pair of eyes. It gives you extra faith when you come to promote it. I also paid to have the cover of the second book professionally designed.

How did you go about marketing your books? Inevitably, I improvised a lot with the first. I used Facebook, Twitter and wrote a blog. I hoped to become a magnet for discussions about Shakespeare and the issues surrounding the authorship of the plays. With Strange Air I had more of a strategy. The problem with social media is that a lot of my followers were friends and family. I hoped that something I posted might go viral, but social media platforms are overcrowded and I knew that my chances of this happening were slim. With the second book, I tried to feature on blogs with a bigger readership than my own and I sent the book out to publications and websites that I thought might review it. This led to a cracking review on a website called Londonist.

‘Publish your ebook and paperback simultaneously’

What tips would you give to other writers aiming to self-publish? Forget for a moment that you are an author and become the project manager of your book. Think strategically. You can achieve more by approaching things in a good order. For instance, it’s good to publish your ebook and paperback simultaneously. Take time out to write down a plan of action, thinking of all the different phases of the self-publishing process. Recognise that you can’t do everything yourself – it’s beneficial to seek outside help with editing and design. Marketing wise, look at reducing your price for limited periods. There are countdown deals on Amazon that can really help your books sell. When this happens they go up the charts bringing more attention to your work. 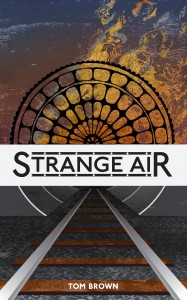 The cover of Strange Air, the book inspired by a Crystal Palace Park legend

What’s been the highlight of your writing career so far? Receiving the first hard copies of my first book was a great moment as it gave me a sense of completion. Before that there was always the temptation to go back and change things.

Which writers do you admire? I enjoy reading books by authors that manage to bring different influences together. Some of my favourite writers include Michael Frayn, Neil Gaiman, Jasper Fforde and Ben Elton. Self-publishing wise, there’s an author local to me called David Hambling. He writes horror stories and has self-published a great book called Shadows from Norwood.

‘Crystal Palace is not just another London Suburb’

I live in Crystal Palace, too. Why do you think that it’s such an inspiring place for writers and other creative types? On the face of it it’s just another London suburb, but everywhere you go there are echoes of its fascinating past: the ruins of its namesake (the glass palace that burnt down in 1936) in the park, the boarded up railway stations, the grand houses. There’s a lot of mythology surrounding this suburb. When I began writing Strange Air I felt that Crystal Palace had been somewhat forgotten, but that’s changed now. It has definitely found its place on the map. 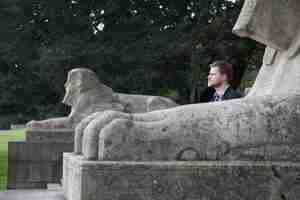