I first interviewed Kit Berry back in 2008 for a national magazine. She told me how she was in her mid-40s when she had a ‘now or never’ moment and decided to pursue her dream of becoming a writer. The former teacher finished her first book – Magus of Stonewylde – in a matter of months and soon had the backing of an agent. But after receiving 13 rejection letters, Kit decided to self-publish her book. Three more followed, all part of the Stonewylde series, and sales rocketed after Kit persuaded two major book wholesalers to take on her work. In 2010, she signed a six-figure deal with Gollancz, part of The Orion Publishing Group, and the fifth and final instalment of her series soon followed. I caught up with Kit for the first of a regular series of Q&As with successful authors. 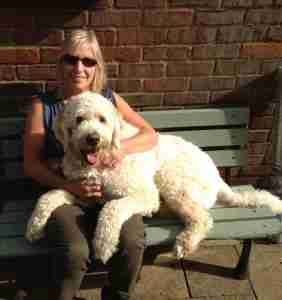 What are your books about? They centre around a young girl called Sylvie who starts off in a high rise tower block in London. Modern life doesn’t agree with her and she suffers from a lot of allergies. On a visit to Dorset she is drawn into a secret, sacred place called Stonewylde. She is soon healed by the wholesome food and clear air, but later discovers that everything is not quite as it seems. It’s part of a genre called magical realism, and it’s a romance too.

When and why did you decide to start writing? I began my first book a decade ago, in November 2003. I was on a teacher training course in Devon and had gone for a solitary walk to think about my life. I decided that I could either slide quietly into middle age and then die, or I could do something meaningful with my life. My aunt had wanted to write a book all her life but had never done it. At that time she didn’t have long to go, and I didn’t want to have the same regret.

What made you decide to self-publish? I did it on the encouragement of my agent. Self-publishing was still a bit of a dirty word then, but my agent said that she couldn’t bear the thought of me shoving my writing away in a drawer after all my hard work.

Which self-publishing company did you use? I didn’t. I actually borrowed some money from my step-father and set up my own publishing company. I wasn’t impressed with the quality of some of the self-published books that I had seen and wanted mine to look professional. I initially arranged for 800 copies of the first book to be printed, and needed to order more after just six months.

How did your market your books? I had no marketing experience so I started off in a very amateurish way. At first I went to bookshops asking the managers to stock Magus of Stonewylde. That was awful because I’m no salesperson, but they would sometimes kindly offer to take three from me. When they sold those, they would ring up to order more. I also went along to The London Book Fair and persuaded two major book wholesalers and distributors to take on the Stonewylde series. On a smaller scale, I gave talks at events all over the country and personally sold copies of my books afterwards.

What’s been the highlight of your writing career so far? Nothing will ever beat the moment when I held my book for the first time. Another highlight was the first gathering with all my fans. Every year, Stonewylde enthusiasts meet in Wiltshire. I don’t organise the event, but I always go along. So far, four couples have got together as a result of Stonewylde, which is also a wonderful feeling. Receiving the publishing deal, which happened after I found a new agent on the back of Stonewylde’s success, was a real validation of my efforts and enabled me to buy a lovely house with my husband.

What inspires you as a writer? Nature. In the Stonewylde series I try and capture the magical feeling you get when you go somewhere special. I’m also interested in human relationships and how people are together.

Do you suffer from writer’s block? I haven’t done so far but I am about to start work on a new book, which is in the genre of historical fiction, and I’m a bit scared that it will strike.

What tips would you give to other self-publishers? I would advise them to come up with an original title for their book, and one that’s easy to remember. I didn’t even think of that when I settled on the name Stonewylde, but because it’s a unique name, it’s the only thing that comes up when people type the word into an internet search engine. A catchy pen name can help too. Kit Berry isn’t my birth name, it’s my nickname from school and my mother’s maiden name. 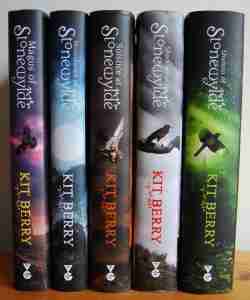 The Stonewylde Series by Kit Berry

To find out more about Kit and her books see: http://www.stonewylde.com/