It takes an abundance of courage and hard work to write and then self-publish a book. It’s difficult to imagine an author who hasn’t at one stage asked themselves, “Why am I doing this?” Perhaps they even contemplated giving up. When doubts strike, it helps to read the self-publishing success stories of people who’ve stuck it out and never looked back. Here’s a fascinating and inspiring selection . . . 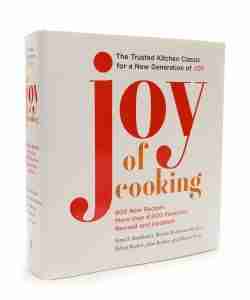 The Joy of Cooking was self-published in 1931.

Calf brains in blankets and broiled kidneys might not be on the menu at your next dinner party, but these recipes once featured in the most popular American cookbook of all time.

Following the suicide of her husband, Edgar, in 1930, Irma Rombauer’s children encouraged her to compile her recipes to help her cope with the loss. Her daughter Marion duly illustrated the resulting book and designed the cover.

In November 1931, Irma used half her life savings to self-publish three thousand copies of her magnum opus. It was called The Joy of Cooking: A Compilation of Reliable Recipes with a Casual Culinary Chat. Readers loved Irma’s simple and conversational style, which made a refreshing change to the era’s other cookbooks.

Today, Joy of Cooking has sold more than 20 million copies. The ninth edition was published in 2019. Irma’s great-grandson, John Becker, and his wife took control of the updates.

When an author’s website states they are currently “sailing around the world”, it’s a pretty good indicator of success. But Hugh Howey’s story confirms there’s no such thing as overnight literary stardom.

The science fiction writer first published Wool in 2011 as a novella. Telling the story of a dystopian world where people live cheek by jowl in a giant underground silo, initial sales were disappointing. After originally signing with a small publisher, Hugh decided to self-publish via Kindle Direct Publishing. He achieved a thousand sales in just one month and responded to his readers’ enthusiasm by writing more.

Wool became part of the Silo series and attracted the interest of major publishing houses. Hugh negotiated a deal that allowed him to keep his digital rights. His Amazon page states that Wool is soon to be a major Apple TV series. Meanwhile, Hugh continues to write and sell his books on his own terms.

Like many first-time authors, after completing her novel, Still Alice, Lisa Genova searched for an agent to represent her. After a year of rejection letters, she announced her plans to self-publish to the latest agent to say no. He responded by saying, “Don’t self-publish. You’ll kill your writing career before it begins.”

Lisa, a neuroscientist, went ahead anyway, enlisting a self-publishing company to help. Her novel, which tells the story of a Harvard University professor diagnosed with early-onset Alzheimer’s disease, was a slow burn. Lisa plugged away, creating a website, arranging two book events a week, and hiring a publicist. This helped to create a buzz around her novel, which was eventually picked up by Simon & Schuster, landing her a much-coveted six-figure deal.

Still Alice was on the New York Times bestseller list for more than 40 weeks. In 2014, the book was made into a film starring Julianne Moore and Alec Baldwin. Moore won the Academy Award for Best Actress for her performance. Today, Lisa Genova continues to write fiction about people dealing with neurological disorders.

The colour of money

Whatever your opinion of Fifty Shades of Grey, and you’re bound to have one, there’s no arguing with the fact it’s one of the best self-publishing success stories of all time. By her own admission, EL James, who grew up in Buckinghamshire and worked in film, was in the throes of a mid-life crisis when she started writing fan fiction under the pen name “Snowqueens Icedragon”.

She was inspired to start storytelling by her love of the Twilight Saga, a series of four, vampire-themed romance novels. In 2011, an online publisher helped her to release Fifty Shades of Grey as a print-on-demand paperback and eBook. Following its runaway success, the publishing rights were acquired by Vintage Books the following year.

The steamy novel has since topped bestseller lists around the world and set a record in the UK as the fastest-selling paperback of all time. EL James has since written Fifty Shades Darker and Fifty Shades Freed, with the trilogy also being adapted for the silver screen.

Top tips from a full-time author 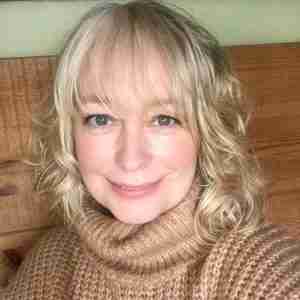 Author Barbara Copperthwaite successfully self-published her first novel back in 2014.

Former national magazine journalist Barbara Copperthwaite first featured on this blog back in 2014, after she had successfully self-published debut first psychological crime novel, Invisible. She followed this up with Flowers for the Dead, which hit the Kindle top 100 within a few weeks of being published, peaking at number 23.

Barbara is now signed to the digital imprint Bookouture, and she has published four further books. One of her career highlights was when the translation of her novel The Perfect Friend hit number one on Amazon in Italy. 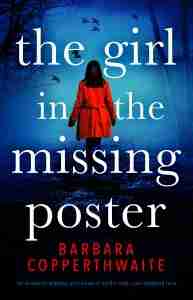 Barbara’s latest novel, which came out in 2021.

Looking back over her seven years plus as a fiction writer, Barbara says, “I was incredibly naive when I published my first book; I didn’t even know there were book bloggers. I’d say that you must invest in a decent cover, editor and proofreader. Also accept that building relationships with bloggers and readers takes time, but it’s time worth investing. What makes some books a huge hit and others a miss is often a mystery (and misses can happen even with a massive marketing budget behind them, while a word-of-mouth hit can happen with barely any budget).

“Also, as I’m a slow writer, my second book came out around eighteen months after my first. This goes against the perceived wisdom that to be successful as an indie author you must write quickly. (That helps, but don’t be put off if you’re not super speedy!) As cheesy as it sounds, I think the real key to standing out is to enjoy what you write. Do what you love, and it will show.”

Wrate’s Editing Services can help take the stress out of self-publishing your book. We provide a range of editing options and self-publishing packages. Contact Danielle for a quote and free sample edit.