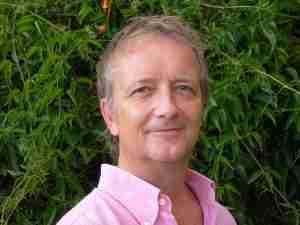 As the nights draw in and the thermostat gets turned up, it’s not uncommon to dream of escaping to warmer climes where enjoying some proper heat doesn’t result in a costly energy bill. Twenty years ago, writer Joe Cawley had such fantasies as he toiled away on a fish market in Bolton, Lancashire. Feeling like he was drifting through life, he made the momentous decision to pack it all in and head to Tenerife with his partner, Joy. With help from family, the couple bought a bar, which they successfully ran for the following 7 years. After that, it was another career change for Joe as he turned his (cocktail-making) hand to travel writing. When he was asked by a book publisher to review one of their upcoming travel guides, he seized the moment and asked them to look at something else he’d been working on – a humorous memoir of his time as a Tenerife bar owner. They bought the rights to it on the basis of four chapters and More Ketchup Than Salsa was published in 2006. But despite being voted Best Travel Narrative 2007 by the British Guild of Travel Writers, and selling 5,000 copies, in 2010, Joe’s publishers took it off the shelves. Undeterred, Joe decided to go it alone in the burgeoning world of self-publishing. Almost four years on, an incredible 60,000 people have either downloaded his book or ordered the print copies which Joe now publishes himself. A sequel, Even More Ketchup than Salsa: The Final Dollop, came out last month. I spoke to Joe, who still lives Tenerife with Joy and his two children, Molly Blue and Sam, about how he engineered such a mammoth sales rocket all by himself. 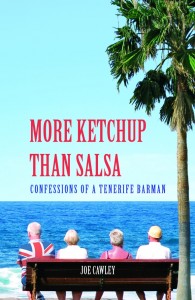 What made you decide to start writing More Ketchup Than Salsa? For some reason I kept notes all throughout my time running the bar. I don’t know why because at that time I had no strong inclination to become a writer. But we faced so many calamities that I must have sensed it was good material. I had no experience of running a bar and we also had a restaurant, preparing up to 140 meals a day. Our interaction with different nationalities and local characters also provided much in the way of observational humour.

Why do you think the book has sold so much more since you self-published it? Traditional publishers can’t dedicate all their time to just one writer, so not an awful lot of marketing is carried out by them on your behalf. When I took control of my book’s destiny, I really threw myself into promoting it. I used Twitter as my main tool and tried to follow people that were following similar writers to me. That seemed to go really well for me. At that stage, I didn’t really use Facebook or paid for advertising. I believe that success is down to finding a trigger that will get the ball rolling. Exposure will get you moving up the rankings on Amazon, and this in turn will mean that your book is seen more. For me, Twitter was that trigger, for another writer it could equally be having an influential author mention their work.

Other than your fantastic sales, what have been the advantages of self-publishing? The freedom of being able to publish what you want, when you want. It’s also good to be able to track your sales and marketing and connect more directly with your readers. It used to be the case that authors were stuffed away in dusty lofts away from their readers, but all that’s changed now. With so many online communities, people expect more interaction with authors. Gaining recognition and accolades from the publishing industry used to be seen as the Holy Grail for writers, but again, that’s not the case anymore. Now writers have direct access to their readers and you learn that the most important thing is that they enjoy your work. My ultimate aim is to get a deal for the print version of my books, but I’d like to keep the digital rights. 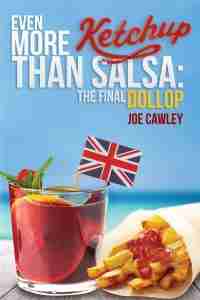 Did you get someone to proofread or edit your work? For the first book, I didn’t have to worry about all that because a publishing company had bought the rights and they use in-house editors. For the second book, I hired a freelance editor. She did a structural and line edit for me, and improved my work both times. Having a fresh pair of eyes to look over your manuscript really helps. You become word blind and you also get sick of looking at it. I wouldn’t put a book out there without using the services of an editor. You put so much time into the writing and marketing side, but investing in editing is just as important.

What tips would you give to other aspiring writers? Have a plan. Once you’ve published your book you need to know how to follow it up marketing wise. Connecting with similar authors helps. I’m a member of the Alliance of Independent Authors. As well as carrying lots of information on their website, there are authors affiliated to it at all stages of their writings careers. They tend to be a generous and helpful lot, and making contact is a good way of sharing information about what’s happening in the ever changing publishing industry.

What do you do to combat writer’s block? I think that writer’s block is a bit of a myth. There are times when I procrastinate for far too long, but that’s just laziness! The best way to combat feeling like you can’t write is to stick your bum on a seat and type anything that comes to mind. 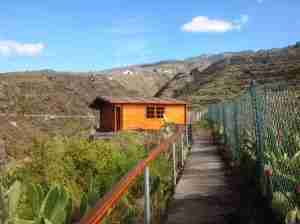 A shed with a view: Joe’s writing room

What inspires you? People and surroundings. I live in a small village in the west coast of Tenerife and my writing shed overlooks a valley and the ocean. I find walking helps the thinking process, it’s something about the mechanical repetition of putting one foot in front of the other which puts the mind in a state of creativity. Trance music has the same effect.

What’s next for you book wise?  A prequel to More Ketchup Than Salsa, which is about how I got into travel writing. I also have some fiction ideas. 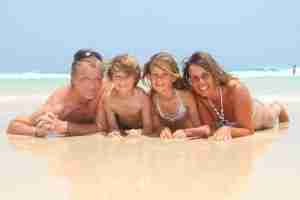 Joe with Joy and their two children