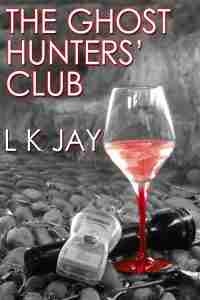 Whether you believe in ghosts or not, it’s hard to resist the lure of a good spooky story. From Catherine Earnshaw’s blood-curdling presence at the window in Wuthering Heights, to the destructive supernatural forces at work at the Overlook Hotel in The Shining, many of literature’s most famous stories delve into the afterlife.

For ghost writing author L K Jay, who uses a pen name, it was Susan Hill’s The Woman in Black that got her hooked on ghost stories. Years on, she’s penned several short stories and novels where spectres play a central role. The Ghost Hunters’ Club and The Ghost Hunters Return focus on three single 30-something women and their madcap adventures as amateur paranormal investigators. I caught up with L K one dark and stormy January night for a chat.

‘I started writing fiction after a series of disastrous dates’

How did you get into ghost writing? I’m a martial artist and used to write  articles on the martial arts world. When I had exhausted that market, I decided to turn my hand to writing fiction. I wrote my first novel ten years ago, which I gave to my mum to read. She said that it needed some work and a few years passed before I gave it another go. I started writing The Ghost Hunters’ Club after a series of dreadful dates, which I felt compelled to fictionalize. The book centres on three friends who get together and decide to have some fun by going on various ghost hunts around the UK. Although they do see a ghost in the end, it’s more about the strange living people that they meet along the way, and it also delves into their private lives, hence the dating references.

‘5,000 copies of my ebook were downloaded in one day alone’

What happened next? The novel was a steady seller for the first 18-months, then I did a free promotion and 20,000 copies were downloaded in America, 5,000 of them in one day alone. This pushed the book up the charts, which led to more paid for downloads in the US. People started to email me asking when the next book was coming out, hence the sequel. 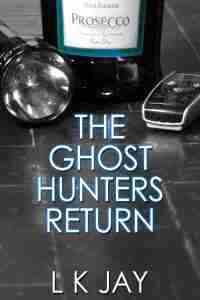 Which self-publishing company did you use? Amazon’s CreateSpace. They offer good royalties of between 35% and 70%, depending on the price you set for your book.

How did you market your books? The free download offer really helped to stimulate sales. I also think that Twitter is a great marketing tool, if used correctly. It’s important to personalize your Twitter profile and make it entertaining and engaging for people. If you just put up links to your books with millions of hashtags then people will avoid your tweets, or even block you altogether. Facebook is another good tool and I think that all self-published authors should have a blog.

What tips would you give to other writers? Write a little bit each day rather than having a big splurge every now and then. I write for about an hour everyday, and this helps to keep the momentum going. Be persistent, even when people tell you to give up. Believe in yourself and have the confidence to keep going. Read and review your own work, and invest in a good cover artist for your novel. That’s just as important as getting it edited.

Which fellow self-published authors do you admire? I really enjoyed reading Lacey Dearie’s The Tangled Web (The Highland Honeys Mysteries Series). The author has a light touch. I also like gothic horror by a writing duo known as C L Raven and thrillers by Lexi Revellian.

‘My book was recommended in The Guardian’

What’s been the highlight of your ghost writing career so far? You never forget the thrill of seeing your book for sale for the first time. Ditto when it starts to sell. Another highlight was when The Ghost Hunters’ Club was mentioned in The Guardian. The paper had asked their readers to write in with their self-published book recommendations and mine got more than one thumbs up. When a friend tweeted to tell me I nearly fell off my chair.

Why do you use a pen name? My day job is in education and I like to keep the two aspects of my career separate. It’s not that I keep what I do top secret, but my books aren’t really for children.

Finally, have you ever seen a ghost? I would describe myself as a healthy sceptic when it comes to the paranormal but years ago, when I was studying in Cambridge, I saw a misty shape going up the stairs of a house that I was renting a room in. It wasn’t something that I could come up with a logical explanation for. 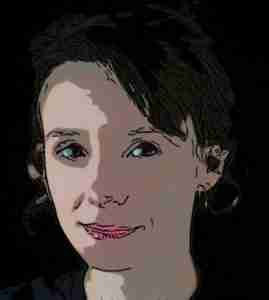 The Guardian article that L K Jay was mentioned in