An example of Goudy

Let’s face it, no one purchases a book on the basis of its beautiful typesetting, but well-presented pages will enhance the reader’s experience without them even noticing. It’s a bit like viewing a famous painting in an art gallery; we are not meant to be thinking about the frame, but that doesn’t mean it hasn’t been carefully chosen to complement the work itself. If you are planning to self-publish print copies (or offer PDF downloads) of your book, getting it professionally typeset is something to seriously consider along with the editing and cover design.

Luckily, I didn’t have to travel far for my research into typesetting. Randomly selecting two novels from the bookshelf behind my desk, I found some information about the typesetting in the small print. I discovered that my shockingly pink copy of Generation X by Douglas Coupland was typeset in Goudy. A quick Google search revealed that this was created by a prolific American type designer called Frederic W. Goudy (1865-1947), and among other things is distinguished by its upward curved ear on g and its diamond-shaped dot over i. It’s also considered very easy to read for use in print –  the most important thing to consider when selecting a typeface. Meanwhile, my copy of The Vanishing Act of Esme Lennox by the wonderful Maggie O’Farrell is typeset in Weiss. This was designed by Emil Rudolf Weiss in 1926, is based on typefaces from the Italian Renaissance and is noted for its elegance. Again, there’s a reason why facts like these aren’t mentioned on the back cover, it’s the story or subject that people want to know about, but, as the old saying goes, the Devil is in the detail. Here, professional typesetter, Alexa, who works with Wrate’s Editing Services, explains what typesetting involves and why it matters so much. 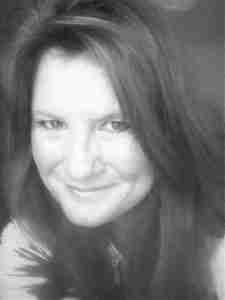 How did you get into typesetting? I used to work with a business consultant who ran a publishing firm, and one of his strategies was to encourage his clients to write a book about their field of expertise. Unfortunately, many had no idea how to go about this and one produced a book which was so badly typeset that it was virtually unreadable. The font sizes were all different, and the page numbers were in the wrong place. That gave me the idea to set up a service helping business owners produce their books. My boss used to own a newspaper and had a background in typesetting. I was able to learn from him.

Why do you think that good typesetting is so important? The layout can really affect a book’s readability, plus you have to take into account your subject matter and who your readers will be. For example, for a business book I’ll go for more of an authoritative feel, while for the self help book that I’m currently working on, I’ve selected something softer. There are two main fonts, which are serif and sans-serif. Serif has little ticks at the end of each line, which helps draw your eye to the letter. Sans-serif doesn’t have these – sans is the French word for without. I use a serif font for print, sans-serif for anything which is going to be appearing on a screen. Some people try to buck this trend, but I like to stick to the rules that work.

What else does typesetting involve? Speaking to your client about their expectations. For example, there are tricks you can use to create more or fewer pages. One client might want a 400 page encyclopedia, another a 140 page guide. Of course, this still largely depends on the amount of words they’ve written. I would never use a big font or massive gaps between lines and sentences just to pad a book out. I also ensure that the pages are justified and the words are not cut in two by overflowing into the next line. I hate excessive hypens at the end of lines. With bad typesetting, you might also see a page with just one word on it at the end of a chapter – this is called a widow in the industry. I never like to leave a page without a few sentences on it.

One of the many business books that Alexa has typeset

How much do you charge for typesetting a book? It varies from job to job. For instance, a business book might need lots of headings, tables and information boxes and they require more work.

Finally, can people do their own typesetting? You can do it in Word but I would never encourage that because it’s too restrictive. To do typesetting properly you would need to use expensive publishing software such as InDesign or Quark and then learn how to use it. The majority of my clients are business people and they don’t have the time to do this, and why should they? If you are only going to publish an ebook then you don’t have to worry so much about typesetting as the reader will choose their own font and style on their device.

An article on serif versus sans

A piece on the history of typefaces