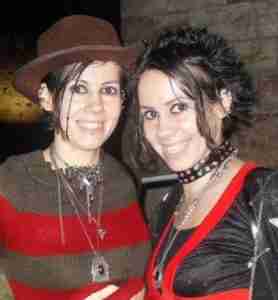 Identical twins and writing partners, C L Raven (Cat and Lynx), are so in tune with each other that whenever they write a book or short story together, they take it in turns to type two pages each. Their ideas flow together so naturally that you would never guess their work is a team effort. The girls have been co-authors since they were children, and since 2012 have self-published four short story collections and a novel. Their next book is coming out on February 14th, but anyone expecting Valentine’s Day related romance will be in for a shock.  In C L Raven’s world, Cupid’s arrow melts faces not hearts. I spoke to the girls about literary influences and finding inspiration.

Tell me more about your latest fictional offering. Lynx: It’s called Romance is Dead and it’s a collection of three disturbing stories about the dangers of falling in love. It’s the final instalment of a trilogy of short story collections on the same theme. The other two books are called Gunning Down Romance and Bad Romance. They started off more comedy than horror, but the horror increased as we went on. The books have a recurring character, a facial reconstruction artist and killer called Trey.  He reconstructs the faces of his victims in clay, which he hangs on mannequins so that he never has to be alone on Valentine’s Day. The books are our reaction to being sick of teddy bears and roses!

Aside from your obvious allergy to soppy behaviour, what drew you to horror writing? Cat: We grew up watching horror films. We saw the film, It, when we were eight and Arachnophobia when we were nine. As you might have guessed, Disney was never our thing. Later we started reading books by Stephen King and Dean Koontz. Even the stories we were writing at primary school involved dismembered heads rolling down hills. I’m surprised our teachers didn’t call in a child psychologist!

What do your friends and family think of your work? Lynx: They’re so used to us that they couldn’t imagine us writing anything else. Our mum read one of our short stores that someone found really gory and commented that it was quite tame for us.

Where do you get your ideas from? Cat: They tend to come when we’re least expecting them. We visited Edinburgh last April and retraced the footsteps of famous writers, thinking that it would inspire us. We fell in love with the city, but we didn’t get an idea from it for months. Then it came to us that we should write some historical horror, and we are basing one story on an Edinburgh plague doctor who managed to avoid catching the disease despite treating hundreds of people.

What made you decide to self-publish? Cat: We wanted complete control over our work. When we were younger we used to make our own book covers and bind our pages together, and we wanted to continue doing this, albeit in a more grown up way. We’d hate to be stuck with a cover that we hated. Luckily, two of or friends are fantastic illustrators; they are now part of our team. 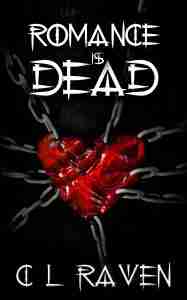 Does someone proofread or edit your work for you? Lynx: We tend to send our shorts stories to beta readers to look over, and we hired a professional editor to work on our novel, Soul Asylum.

How do you market your books? Lynx: Marketing is probably our weakest area because we don’t like forcing our books on people. But we try to appear on other people’s blogs and in writing magazines. We use Twitter and Facebook and make our own bookmarks and postcards to give out. We also co-host a ghost hunting show on YouTube called Calamityville Horror. We visit haunted places but we’ve never actually seen a ghost, which must make us the worst ghost hunters ever.

Which self-publishing company do you use? Cat: We use CreateSpace for our print books and Amazon’s Smashwords for our ebooks. We like the way CreateSpace books look. They are exactly the right size and replicate traditionally published books.

What tips would give to other writers? Lynx: Don’t expect to get rich any time soon. It’s a hard way to earn a living, but then we absolutely love doing it. Be careful with your cover and use a good editor. We do our own formatting, but hire someone to do it for you if you don’t know how. Don’t give people an excuse to bring self-published authors down. There are people who will give you a bad review just on the basis of poor editing, cover design or formatting.

Take me through your writing day. Lynx: We work in a writing shed which is permanently filled with Halloween decorations. We aim to put eight hours in every day, including weekends. Although we have a vague idea of what we’re going to write about when we start, we don’t plan ahead. When we’re not working we take a friend’s dog for a walk, or else we’re caring for our own pets, which include four cats, two rabbits, an iguana, a snake and a guinea pig.

Finally, do you have a psychic connection? Lynx: Sadly no, though it would be quite handy. 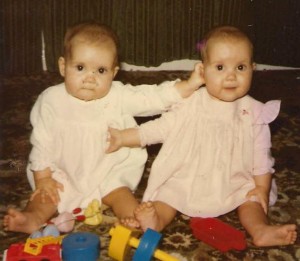 Horror awaits: The authors when they were babies